If you don't know which car you have here are some of the differences between the Mk1a and Mk1b.

Mk1a has a 1 piece rubber front spoiler about 2" deep.

Mk1b has a 2 piece plastic front spoiler, about 4"deep.

Mk1a has a flat fronted front bumper, which has a matt black (unpainted) bottom half, and black headlamp eyebrows.

Mk1a has a manual aerial in the roof.

Mk1b has an electric aerial on the rear wing.

Mk1a has black  rubber 'triangles' in front of the rear wheels and no side skirts.

Mk1a has front and rear mudflaps.

Mk1a has front mud flaps. b does not.

Mk1b has 6 body mouldings, in body colour with pinstripes.

In summary, the easiest way to tell which car you have, is to see where the aerial is.

The interiors are very different......

Mk1a glove box has no lock, and the catch on the car is different.

Mk1b between seat storage compartment has an arm to hold it up.

Door cards are completly different, although the window switches are interchangable.

Mk1a has a subwoofer under the drivers seat, Mk1b doesn't, but it does still have the wiring to install one.

Mk1a ashtray is in front of the gear lever,

Mk1b ashtray in beside the gear lever (lids often snap off!)

Mk1b late models have a dimmer for the speedo lights.

Mk1a has no rear speakers, Mk1b has them in top corners by rear window.

Mk1a rear boot trim is different, and not interchangable (air filter on Mk1b goes through boot).

Mk1a steering wheel is smaller,  has exposed metal spokes (same as Corolla AE86) and is more sought after.

Mk1a has front strut top caps (as did the Supercharger Mk1b).

Ignition lock is different, and not interchangeable.

Some late Mk1b headlamp switches have a dimmer.

Mk1a and Mk1b radio surrounds and heater controls are different, and not interchagable.

Mk1a has a centre padded arm rest (which often distorts as people put their elbows on it.)

Mk1a ECU is different, and are not interchangable.

Inlet manifold is different (I have seen 6 different types)

Mk1a air filter is in the engine bay, on Mk1b it is in the rear boot.

Mk1a and b suspension struts are different.

Mk1a and b driveshafts are different.

Mk1b fuel tank has a drain plug under, Mk1a doesn't.

Below is a nice standard Mk1a. 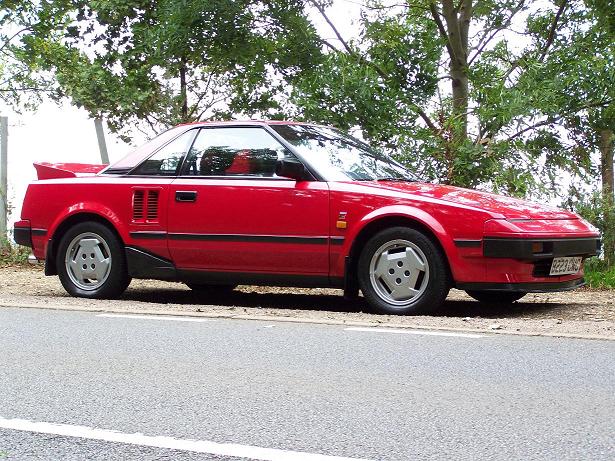 Below is a standard Mk1b. 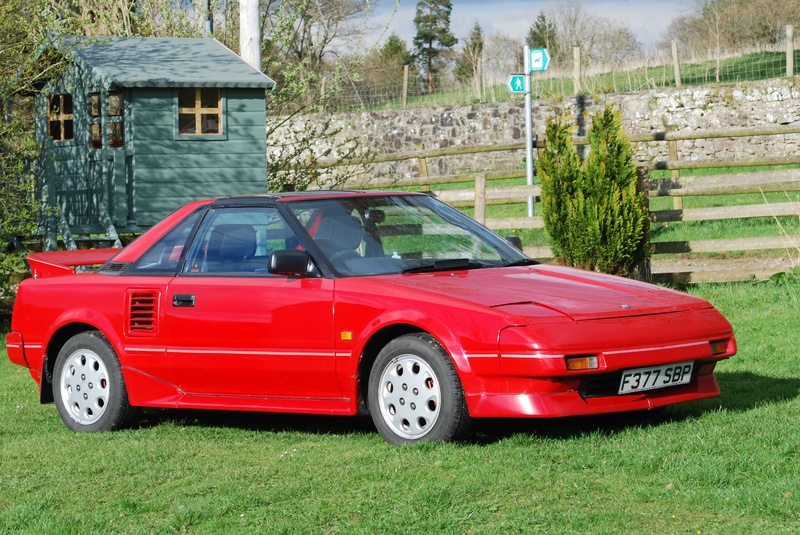 If anybody wants to tell me of more differences they know of, please email me.for MR2 pictures, and rare MR2 parts.